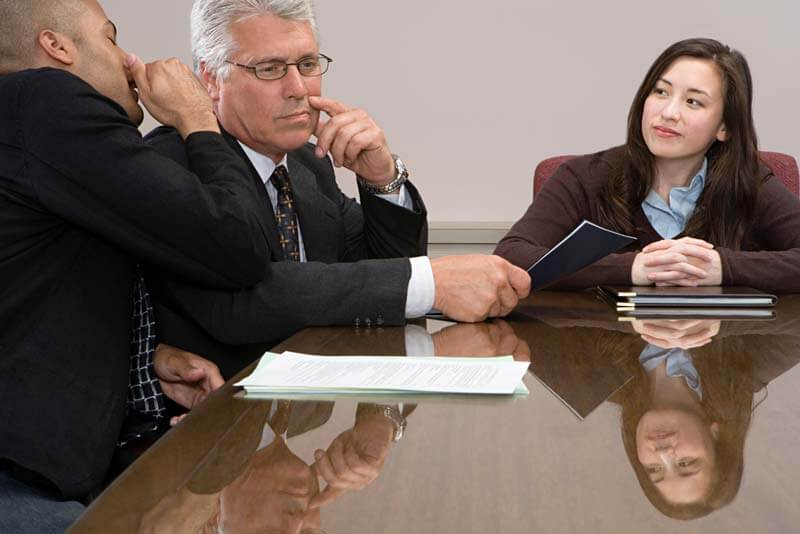 Earlier this year a study carried out by the Centre for Social Integration at Nuffield College, University of Oxford uncovered an ‘alarming’ level of discrimination against job seekers from minority ethnic backgrounds, who need to send an average of 60% more applications to receive the same level of interest as those from majority groups. And in 2017, a large scale study uncovered widespread gender bias in job adverts with the potential to deter female applicants from applying to senior roles.

UK law makes it unlawful to discriminate against someone for a range of reasons, but discrimination is still far too common. A report on age discrimination published last year by the Women and Equalities Committee for the House of Commons concluded:

“Too little is being done to enforce the law. Neither the Government or the Equality and Human Rights Commission (EHRC), with its considerable enforcement powers, are intervening in the recruitment sector where so much of the evidence demonstrates unlawful ways of working. The public sector struggles to retain older workers when it should be leading the way, but the EHRC is not investigating whether the public sector equality duty is being met.”

This guide for both job applicants and employers looks at discrimination in the context of the recruitment process.

Under the Equality Act 2010, employers must not discriminate against candidates during the recruitment process, in relation to nine protected characteristics. Those are:

Sections 39 and 40 of the Equality Act cover discrimination, victimisation and harassment.

Discrimination in the recruitment process

In the context of recruitment, employers must not discriminate against people:

In the above list, what is meant by ‘arrangements’? This has been construed quite widely and will likely cover matters such as:

Examples of discrimination in recruitment

Discrimination can be direct or indirect. Direct is fairly obvious discrimination. For example:

Indirect discrimination is where the recruiter applies rules to all parties, but those rules disadvantage certain groups. Some examples are:

Candidates with a disability should only be asked what adjustments are needed to facilitate them in attending the interview. Medical information should not be requested at this stage – it is only appropriate to request this once an offer has been made. The employer can however ask about whether you can do essential parts of the job such as lifting.

Where the employer wants to know that the applicant is physically capable of undertaking the role – for example, to satisfy themselves that the position will not cause the applicant ill health or to ensure the applicant can join the employer’s health insurance scheme, they can make an offer of employment subject to satisfactory medical records. Alternatively, once an offer is made, the employer may require certain tests are completed such as a fitness or sight test.  However, under Equality Act 2010 Section 60(1) (aside from in a few limited circumstances) employers should not as about an applicant’s health before making an offer of work or before including the applicant in a group of applicants from which the employer will select a person to offer the job to.  This includes asking about sickness absence.

Applicants : reducing the risk of being discriminated against

Whilst discrimination shouldn’t happen, it still does. It is therefore advisable not to give employers any reason to reject your application before the interview stage. This means limiting the amount of personal information that you include in your CV and cover letter. Where you think discrimination is a possibility based on a protected characteristic, do not:

In other words, leave your age, gender, details of any disabilities, gender reassignment, marital status, pregnancy, race, religion, belief and sexual orientation off your CV unless these details are directly relevant to the job.

There are plenty of free CVs in our CV template collection that do not include a head shot – we strongly recommend anyone who may be subject to bias to choose one of these.

Part two, Chapter 16 of the Employment Statutory Code of Practice provides a best practice guide for employers on avoiding discrimination in recruitment processes.

Some simple measures include deciding what skills are really needed for each role you advertise and which would merely be desirable – then using this criteria to filter applicants. Any protected characteristic should have no bearing on whether the applicant is interviewed or hired.

Employers can also ensure they advertise to everyone, and write their advert based on the skills and experience that the role needs, avoiding language with a gender bias.

During the interview employers should avoid any questions which may be discriminatory, such as questioning whether a woman is pregnant, plans to have children or has their childcare arrangements sorted. If you’ve drafted a question which is likely to be relevant to certain candidates and not others, consider carefully whether it may relate to a protected characteristic.

Once an offer is made, frame any questions about health or disabilities in a positive way. For example, ask what adjustments you can make to accommodate the person.

Employers must ensure they keep a comprehensive paper trail so that they can deal with any complaints or litigation. This should include:

Every employee involved in the recruitment process should be trained on non-discriminatory recruitment, interview and hiring processes. These should include, for example, applying scoring systems objectively, preparing questions that are relevant and avoiding questions which are irrelevant to the job, and understanding (and avoiding) stereotyping. Training should not be a one-off – it should be an ongoing process, both to keep the principles fresh in employees’ minds and to ensure they are up-to-date with current legislation and best practice.

If an employer has comprehensively trained its employees and keeps meticulous records, it will find it far easier to raise the ‘reasonable steps’ defence mentioned earlier.

I’ve been discriminated against : who is liable?

You might wonder if it is the individual or the company that is liable in a discrimination against.

In fact, there’s quite a few different people who you can make a claim against. These include:

You might claim against more than one of the above. Who you claim against depends who was responsible for the discrimination or harassment.

The employer cannot escape liability by stating the discrimination or harassment was carried out by its employees or agents without its knowledge, or even contrary to direct instructions. This is known as the principle of vicarious liability. However, the employer will have a defence if they can show they took all reasonable steps to prevent the act from happening. If the employer raises this defence, the individual employee can still be liable.

In relation to a recruitment agency acting for the employer, the employer will not be liable if it can show they gave express instructions not to discriminate which the agency did not follow. Even if the employer is not liable, the agency can still be directly liable to the candidate (Equality Act 2010 Section 55).

Publishers of job adverts that are discriminatory can also be held liable (Equality Act 2010 Section 110 / 112).

What you can do:

If you see a job advert that you think was discrimination and you genuinely didn’t apply because you were put off by the advert (but you could have applied because you had the relevant skills and qualifications) you may be able to claim. You can also report this to the Equality and Human Rights Commission.

If you’ve been discriminated against during the recruitment process, the first step is to complain to the employer. You should decide what resolution you think is most appropriate. For example, you could ask them to:

If this doesn’t work, you have the option of taking your case to an employment tribunal. However, be aware that such cases can be difficult as the employer may give other reasons for not employing you. Try to keep as much relevant evidence as possible, such as:

You can also ask the employer to provide the information they hold about you under a Subject Access Request (Section 45 of the Data Protection Act 2018).

If they are a public body, you can ask them how many people with a certain protected characteristic applied for jobs and e.g. how many of those have been appointed in the past X years (i.e. a Freedom of Information request).

There are strict time limits for making a legal claim, and it therefore makes sense to speak to a legal adviser early in the process. Many offer a free 30 minute interview to help you establish if you have a claim – make sure you take along all the evidence you have. In addition, check your insurance policies before you go to see if you have legal expenses cover that might fund a claim.

1 thought on “Was I discriminated against during the recruitment process?”