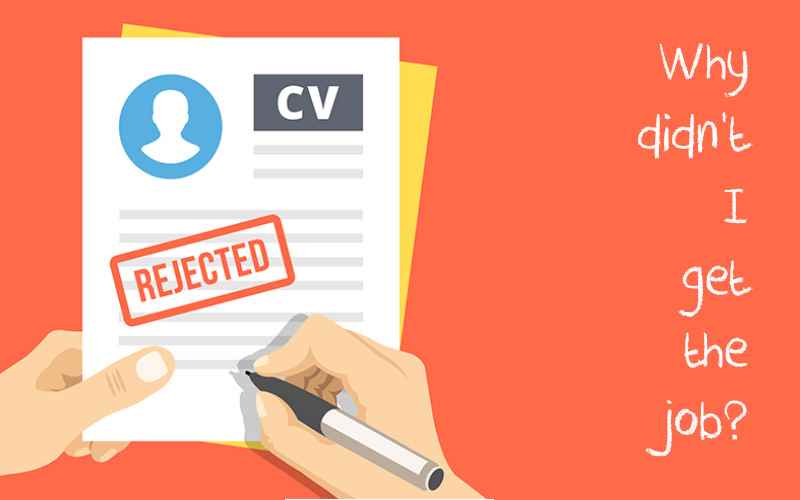 Getting an interview is in itself an achievement, but if you don’t land the job, it’s not going to feel like one for the majority of people. Whilst it helps to view unsuccessful interviews as a valuable learning experience, it’s difficult not to feel like you’ve wasted your time.

Politely asking for feedback from your interviewer is always recommended because it will help you understand how you were perceived and therefore help you to improve.

“Candidate feedback provides an opportunity to gain, or lose, a brand champion for the future.” ~ Tim Pointer, HR director

It’s also good to hear from time to time that you did everything right, regardless of the fact that you didn’t land the role. Another candidate might have had just a little more experience than you or a few additional skills that the interviewer thought would be valuable.

For those hunting down their first position, remember that the job market is very competitive right now – even for entry-level positions – so don’t be too disheartened if you don’t land the first job that you get an interview for.

Common mistakes that you can easily avoid

It’s easy to make the odd mistake during an interview, given that most people will naturally feel anxious. However, there are some common mistakes that even the best interviewees make which can really hurt their chances of a successful appointment. 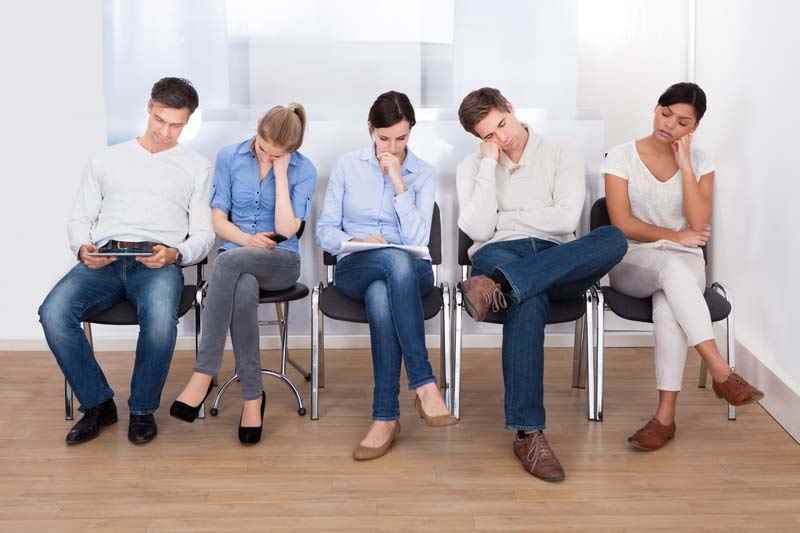 At first, arriving early sounds like a great idea. You definitely won’t be late and the interviewer can see that you’re enthusiastic! But you need to look at it from the interviewer’s perspective – they have a busy schedule and finding somewhere for you to wait for an hour can make them feel uncomfortable.

Arriving early can also suggest that you can’t manage your schedule properly or that you have nothing better to do (and therefore can appear a little desperate). If your interview is scheduled at 1pm, don’t arrive at noon and expect them to be impressed. 10 – 15 minutes before your appointment is a good amount of time to show that you’re well prepared and interested in the role. 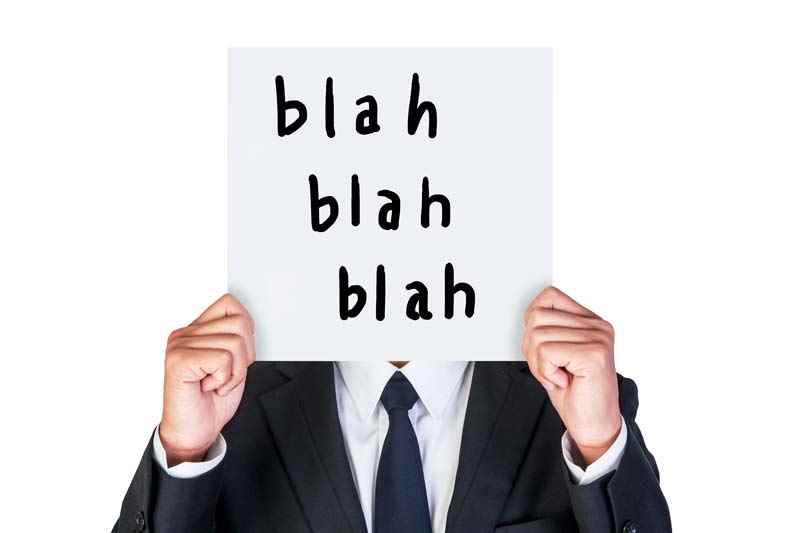 Of course, it’s important to prepare for every interview – for example, by researching the company – but there’s a big difference between knowing the company and reciting answers that you’ve rehearsed. If you practice and practice your answers you might know exactly what to say but you’ll sound robotic.

Remember that the interview gives your employer chance to get to know you better and they won’t be able to do that if it sounds like you’ve memorised all of your replies. Answering without a second’s thought can in some cases sound less than genuine. If the interviewer asks a difficult question, it’s acceptable to pause for a second or two to think about what you’re saying. 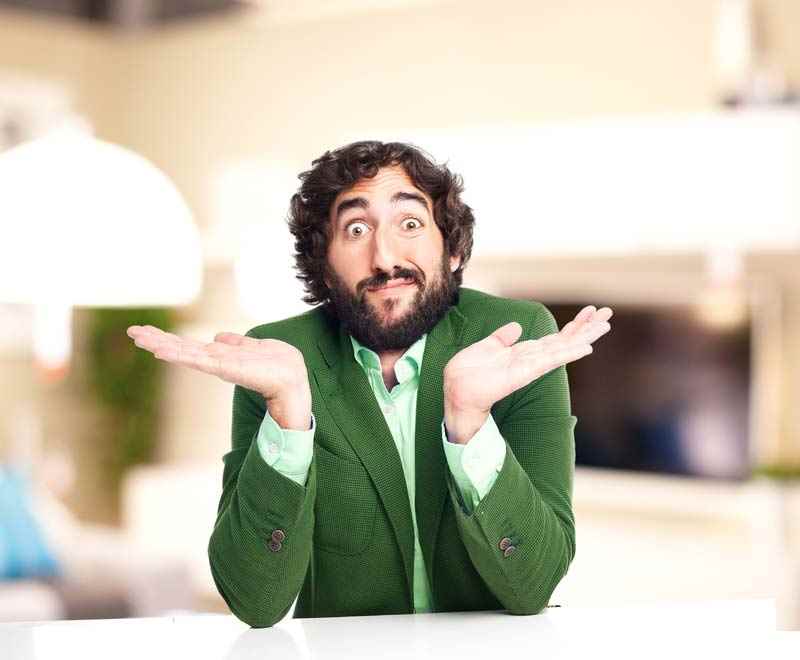 On the flip side, not preparing enough will go against you. It will sound like you have no interest in the company or you don’t really care about whether you get the job. You don’t have to be an expert in the company’s history but you should know the basics of who you’re working for and what you’ll be expected to do.

Know your company’s vision and strategy and make sure you know what your role will entail. Think about what you can bring to the table – perhaps above and beyond the job requirements. This will give you a better idea about how you can contribute and help the company reach its goals.

Not looking the part 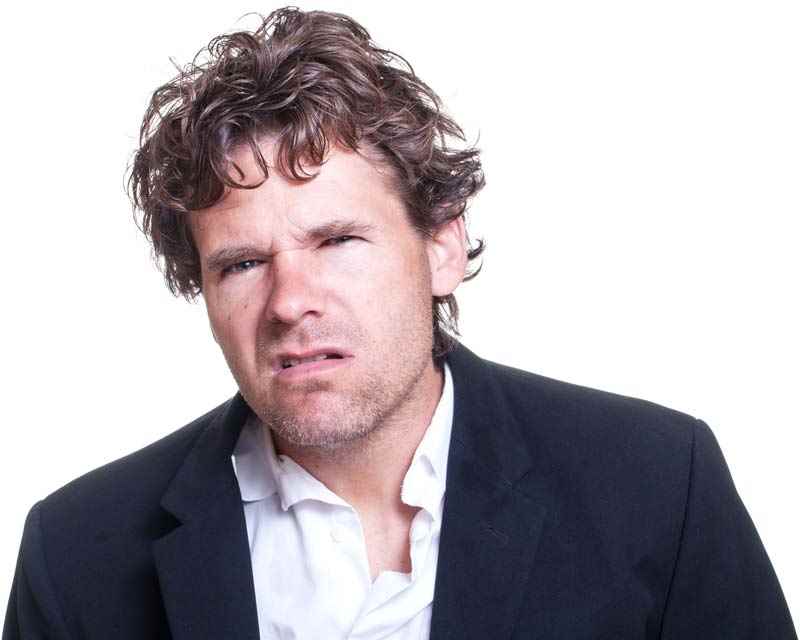 You could be a great applicant but be rejected simply because you don’t look the part. Granted, we shouldn’t generally judge people on their appearances but in an interview setting, this rule goes out the window. Employers take the view that if you want to work for them, you’ll need to show it in your attire and attention to detail. First impressions are very important and you’ll be making an impression before you even start to speak.

Generally speaking, office attire is appropriate for an interview – even if the job does not entail working in an office and even if the employer has a relaxed dress code. Showing up in a t-shirt and jeans shows a lack of respect and care.

Not sure what to wear? Try our guide ‘What to wear to an interview‘. 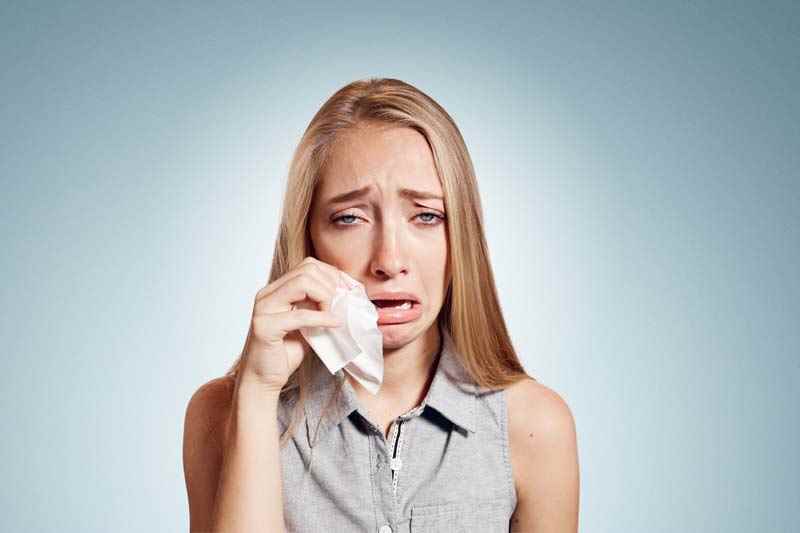 Interviews have a strict time limit (although you might not know what that is) so answer the question, give an example and move onto the next. Time management is an essential skill for most roles and your grasp of this will be evident in the interview itself. You need to be able to answer questions confidentially without oversharing too much information – particularly information that is personal and irrelevant.

“One interviewee we had was extremely confident, very well presented and had the perfect level of experience – we were just about to wrap up the interview and I could tell that my colleague was with me in thinking she was perfect for the job. We closed with the question of why she wanted to leave her current role and suddenly we had every last detail of a sordid affair she had with her boss which had gone horribly wrong. For the next 20 minutes or so she took us both on an emotional rollercoaster with a little too much honesty and needless to say, we decided against offering her the position”.

Oversharing sometimes happens because you’re anxious and your mind goes blank. If you struggle with nerves, consider bringing some visual clues with you. These could be, for example, diagrams or pictures of projects you’ve worked on with a few short bullet points underneath. 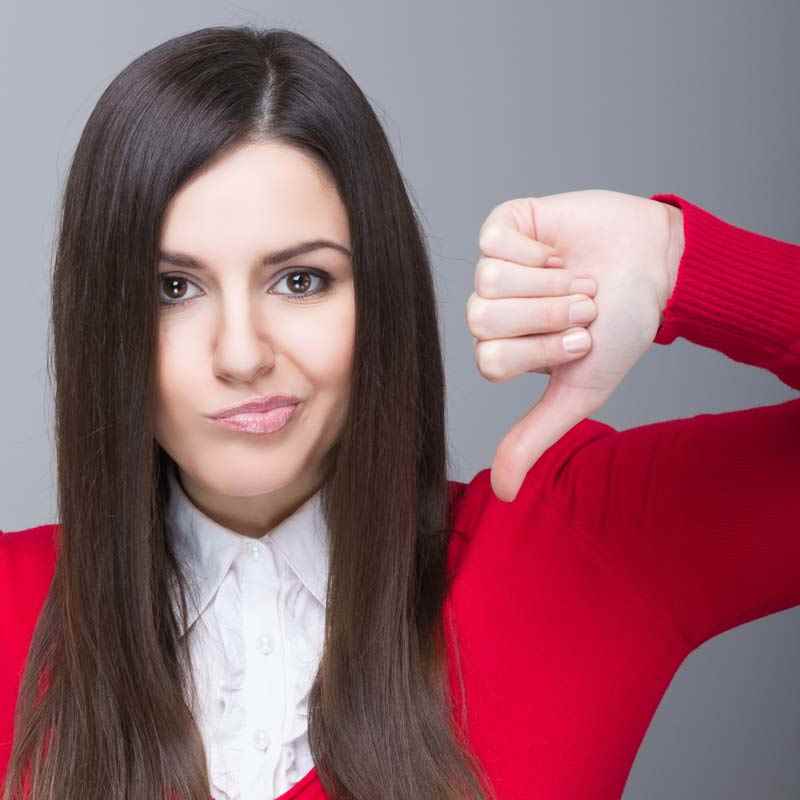 Negativity is a huge turn-off for prospective employers.

“I once conducted an interview for a Marketing position and asked each of the candidates, as the final question, to give me one song that summed up their life. One of the unsuccessful candidates gave me “Why does it always rain on me?”. The successful candidate gave me “I’m so excited!”.  Both had roughly the same level of qualifications and experience.”

Interviewers will sometimes ask about your current position, perhaps enquiring why you want to leave the role. This can be a very tricky question to answer. If you say you’re looking for certain things (and it so happens that these aren’t on offer in the current role) you can immediately exclude yourself from getting the job. If you moan about your current working conditions, your interviewer may view you as a negative person.

The best way to approach negative points with your current role is to turn them into a positive. Let’s say you currently work in a call centre that’s understaffed and you have had to deal with the extra pressure and difficult clients. You could tell your interviewer that you currently work in a high-pressure environment that is, unfortunately, suffering staff shortages – but despite this, you’ve managed to deal with the extra workload and managed customers while also maintaining a professional attitude. This approach sounds much better than simply complaining about being understaffed and having difficult customers. By turning a negative into a positive, you’ve demonstrated that you can still work hard and remain professional even in difficult situations.

Ready to apply for a new role? Choose from our fantastic range of free CV templates and find out how to write the perfect covering letter.

You may also like: Dealing with job rejection – the cold truth.